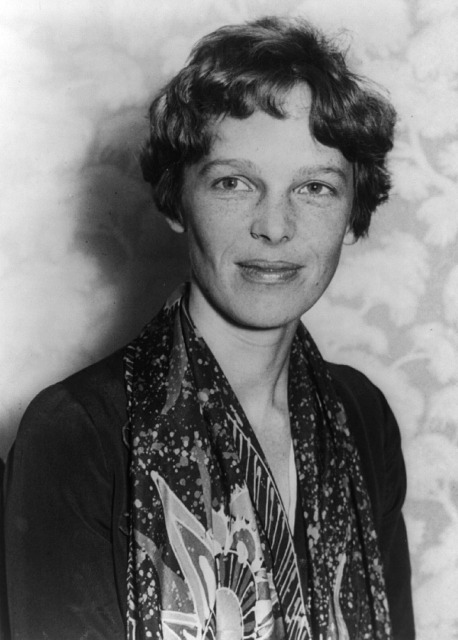 Today marks the 90 year anniversary of Amelia Earhart’s record breaking flight across the Atlantic. Born July 24, 1897, Amelia was a pioneer in aviation and set many records in aviation throughout her lifetime. An inspirational figure who broke social conventions of her time to become the famous figure she is known as today.

Buying her first plane in 1921, a bright yellow Kinner Airster she named the Canary, which she used to set her first record for women’s altitude flying at a height of 14,000 feet. On May 15, 1923, she became the 16th woman in the United States to be issued a pilot’s licence. After financial difficulty during the early 1920s Earhart was forced to sell the Canary and another Kinner. April, 1928, whilst at work Earhart received a phone call from Capt. Hilton H. Railey asking ‘Would you like to fly the Atlantic’ Earhart was to accompany pilot Wilmer Stultz and copilot Louis Gordon as a passenger but also, took on the responsibility of maintaining the flight log. Taking off from Newfoundland on June 17, 1928 the ‘friendship’ and her crew started their trip across the Atlantic Ocean. Stultz landed the ‘friendship’ near Burry Port, Wales after  twenty hours and 40 minutes in the air. Earhart did not fly on this trip and when asked how much she flew she said ‘Stultz did all the flying-had to. I was just baggage, like a sack of potatoes’ she also said ‘Maybe someday I’ll try it alone’ Following her trip across the Atlantic she bought an Avro Avian and published a book about crossing the atlantic called 20 hours 40 minutes.

She was elected as an official for National Aeronautical Association in 1929 and encouraged the federation Aeronautique Internationale (FAI) to establish separate world altitude, speed and endurance records for women. Between 1930 and 1931 she set the woman’s speed record 100 kilometers with no load and a with a load of 500 kilograms, Set speed record for 181.18mph over a 3k course, Set women’s autogiro altitude record with 18,415 feet.

Then on May 20, 1932, she became the first woman to fly solo across the Atlantic five years to the day after American aviator Charles Lindbergh became the first pilot fly solo across the Atlantic. She became the first pilot to repeat the feat and did so in fourteen hours and 56 minutes, flying from Newfoundland and landing in Northern Ireland near Derry. She was awarded the Distinguished Flying Cross by Congress(the first ever awarded to a woman) and the Gold Medal of the National Geographic Society. Earhart felt the flight proved that men and women were equal in “jobs requiring intelligence, coordination, speed, coolness, and willpower.” She also published a book about her experience called the fun about it.

Amelia Earhart continued on setting and breaking records, becoming the first woman to fly solo nonstop coast to coast; set women’s nonstop transcontinental speed record and the first person to solo the 2,408-mile distance across the Pacific between Honolulu and Oakland, California. She also was elected president of the Ninety Nines aviation club for women, which she helped to form.
On June 1, 1937 Earhart and her navigator Fred Noonan departed Miami, on her second attempt to circumnavigate the globe. After numerous stops the pair arrived Lae, New Guinea on June 29, 1937.  She had covered 22,000 miles of the journey and became the first person to fly from the Red sea to India. To complete the final 7,000 miles of her journey Earhart needs to fly over the Pacific ocean. July 2 1937 Amelia Earhart took off from Lae airfield on what would be her last flight. Both Amelia and her navigator disappeared on the flight. Despite numerous theories it is not known what happened to her. In a letter to her husband, she wrote “Please know I am quite aware of the hazards,” she said. “I want to do it because I want to do it. Women must try to do things as men have tried. When they fail, their failure must be but a challenge to others.”

Here I have left links to Amelia Earhart’s book 20 Hours, 40 Minutes: Our Flight in the Friendship. a book about her transatlantic flight.

This site uses Akismet to reduce spam. Learn how your comment data is processed.